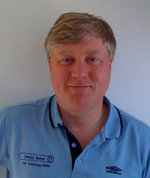 Well there’s the bean counter, the creative, the geek and they all meet up with the boss on a Friday afternoon to discuss the week’s performance and set the focus for the following week. The team are profiled below:

The boss, known as the fixer, has a hand in everything around the business and somehow seems able to fit into any role within the business at the drop of a hat. Simon is understated yet multi-talented, singularly focussed yet able to juggle any number of balls, a jack of all trades and actually master of some.

IT Support, known as the rather offhand geek, is always a welcome face when anything needs sorting, and just gets on with solving the problems no-one else seems able to deal with. Technically there’s not much that Simon cannot deal with on his own, but as and when required he calls on the experience of a wider group of collaborative technicians around the Microsoft Small Business Specialist commuity group he helped coordiate for a few years. On the website development side of things, he collaborates with a few other specialists in the profession on the coding and SEO fronts.

Marketing, known less affectionately as the colouring in department by most, Simon sees his creative role as providing some imaginative coherence within the business, and presenting a multi-layered conversation between the business and its customer base. With reluctance at seeing the print media decline in importance as the online world takes over, he is having to liaise with the geeks in IT Support to understand how to use technology better and get the most from online marketing. The coloured pencils and sketch pads are being superceded by conversational websites with a variety of touch point – all strings to his bow in the end.

Clearly dressing up as a school girl is not appropriate in all circumstances, but where situations demand a step change in marketing strategy, then businesses need to rise to the challenge and go the extra mile. In this case as Captain of New Mills Golf Club, Simon helped set the tone of a more relaxed Clubhouse when promoting a Skool Dinners night in the clubhouse (by dressing up for the promo leaflet and website). The night was a great success in its own right, but most importantly helped overcome the stuffy image some might have had about the Golf Club, welcoming many new faces from the town.

Finance, known affectionately as the bean counter, deals with monies in and monies out and that’s about as imaginative as his colleagues thinks he gets. In truth though, as the bean counter sees the business’s activities reflected financially, he’s in a good position to offer some very useful strategic direction to the business which is often underplayed by the creative types. He also pays the wages and reimburses expense claims so is afforded a degree of respect, albeit begrudingly by some.

The board, known as the monthly madhouse meeting can get a bit confusing as each team member looks to upstage the other. If only they could all pull together I’m sure the Simply Better offering would be a little more coherent – not been able to find a simple technical fix to this problem, and as you can see it’s more a work in progress solution at the moment.