WordPress ‘in association with’ widget

WordPress ‘in association with’ widget

Collaborative websites often have sections developed ‘in association with‘. A WordPress Widget can be used to subtly express this using the JetPack Plugin.

JetPack is a popular WordPress Plugin from Automattic which bundles a wide variety of useful features, including the ‘Widget Visibility‘ feature allowing you to specify the Pages and Posts a particular widget should be displayed on. When a series of Posts with the same Category, for example, are the outcome of of a collaborative association, then an ‘in association with’ widget can be displayed alongside those Posts to subtly display that collaboration or association.

By way of an example, there are a few Posts on this site that relate to the way small businesses could make use of the different broadband connections Simply Better IT have recommended and deployed for clients. As Zen Internet are our preferred supplier of broadband connections, it would make sense to have a widget promoting them at the side of each Post which promotes the Zen Internet connection, and here’s how it was added.

Create a Text Widget in the Sidebar by dragging it from the Available Widgets section (Appearance / Widgets) to the Sidebar Widget Area,  add the HTML code to have say a linkable image and give the Widget a Title as per ‘In association with Zen Internet’. To select which Posts or Pages the widget is diplayed alongside, click on the Visibility button and as per this example select the Show option and Broadband category. Click on Save and Close and check its performance on Posts you expect it to be shown alongside and those you don’t.

This ‘In association with’ approach can be used to include an embedded video rather than an image, and the Widget Visibility option provided by the JetPack Plugin can be used on other widgets to help stylise the feel and flow of particular sections of your website. 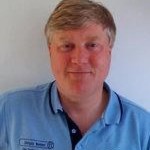 Simon Belt developed the Simply Better IT offering as a retainer service to provide businesses with the coherent and stable PC networks they required, in 1999. Simply Better IT bridges the gap between the way businesses have learnt to work around the IT they have, and how IT can be used to improve ways of working through an elegant deployment.

Sign up to receive email updates and to hear about our latest adventures!

We won't sell your email or send you spam.

Get our Travel Guide Get Inspiration Get Connected
Loading Comments...